The Universe of Plants (goes to D.C.) 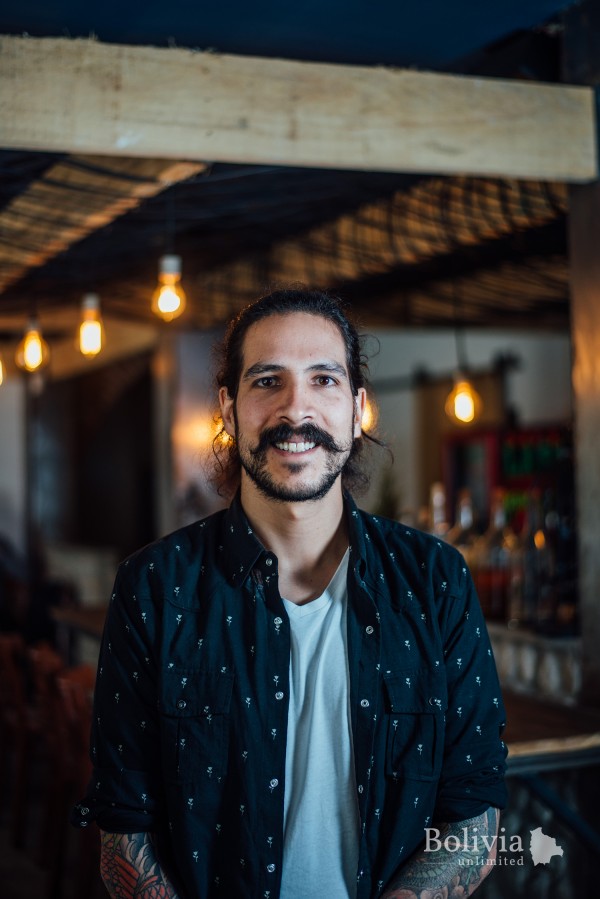 Food and Going Out

This article was originally published in the issue 82 of Bolivian Express, We are reediting it with an update on Quiroga’s new project.

Alongside Santiago Diaz, a long time D.C. resident who grew up in La Paz, Sebastian Quiroga co-founded Ali Pacha DC. The pair have been best friends since the age of four and have remained close despite their lives being rooted in different cities. In 2018 they came together and the idea for Ali Pacha DC germinated, leading to its pending launch. Ali Pacha DC’s launch will be a massive statement to the culinary world. With the aim of providing their Washingtonian patrons with a taste of Bolivia, it is another step into the light of global recognition for Quiroga, Ali Pacha and Bolivian cuisine.

On the corner of Calles Potosí and Colón in the bustling, chaotic centre of La Paz, tucked between two chicken restaurants, almost out of sight, stands the gourmet vegan boîte Ali Pacha and newly opened café-bar Umawi. Here I find head chef and founder Sebastian Quiroga. As I sit down, he presents me with an espresso shot placed on a floppy-disk coaster. As everything else here, the coffee is 100% Bolivian; the taste and the presentation reflect the overall quality of the experience.

In 2012, Quiroga, born in La Paz, travelled to London to study at Le Cordon Bleu culinary school, where he received classical training in French cuisine. He then joined the team at Copenhagen’s famed Restaurant Relae for a six-month internship. There, he was introduced to a new idea of cuisine, one which doesn’t necessarily involve meat as the centerpiece of the dish. He then returned to Bolivia with a freshly formed idea of starting his own business. One and a half years later, Ali Pacha was born. Since then, the restaurant has received international recognition in three different categories at the 2017 World Luxury Restaurant Awards: South American Cuisine Global Winner, Best Cocktail Menu Continent Winner and Gourmet Vegan Cuisine Continent Winner.

Quiroga’s concept is simple: give a flavourful, 100% Bolivian gourmet experience, without using any animal products. And this vision doesn’t stop with the food and drinks; it also involves Ali Pacha’s service, decor and design. Most of the objects in both the restaurant and the café-bar are secondhand, recycled items purchased locally that also carry cultural significance. Pointing to the electrical cables that decorate Ali Pacha’s ceiling, Quiroga explains that it’s all meant to reference the chaos of La Paz outside the door – albeit in a more organised way – and that the essence of the place is truly Bolivian in nature.

For Quiroga, the restaurant and café ‘showcase what the country has to offer, which also happens to be vegan.’ Everything is plant-based, and everything comes from Bolivia, from the quinoa and potatoes native to the west of the country to exotic and less-known tropical fruits found in Bolivia’s eastern jungles. Quiroga brings the entirety of the country together on the plate, carefully and creatively combining ingredients that would never have met elsewhere.

Quiroga’s concept is simple: give a flavourful, 100% Bolivian gourmet experience, without using any animal products.

Ali Pacha means ‘Universe of Plants’ in Aymara. Veganism came as a surprise to Quiroga, something that he learned about during his time abroad and after watching the 2005 documentary Earthlings, which powerfully and brutally depicts the realities of the meat industry. ‘I come from a family of meat-lovers. I used to go fishing and hunting when I was younger,’ Quiroga recalls, still slightly surprised by how much he has changed. Alongside a growing vegan/vegetarian offering in La Paz, Quiroga wants to provide a high-quality cuisine in which flavour comes first. ‘The priority is not necessarily to be healthy; it’s to cook good food,’ he says. ‘Sometimes people walk in and they don’t know that there is no meat, so I need to convince them to stay,’ he adds. ‘When that happened [when we first opened], I used to tell these people, “If you don’t like it, you won’t have to pay.” But people have always paid.’ The food, it seems, speaks for itself.

Opening the restaurant in the centre of La Paz wasn’t an obvious or easy choice. In an area where fast-food options proliferate and buildings are falling apart, Quiroga saw potential and an opportunity to revitalise the old centre. Two years after opening, Quiroga’s bet is paying off, with the addition of the new café-bar Umawi, which in Aymara means ‘Let’s drink!’ Umawi offers a selection of the best Bolivian coffees and liquors, accompanied with a selection of sandwiches and snacks. Quiroga wants to see these ingredients shine in signature cocktails and by using modern coffee-making techniques. Undoubtedly, when visiting Ali Pacha and Umawi, Quiroga’s passion for gastronomy and his country stands out and can be appreciated in the care and consideration put into each detail.

‘The priority is not necessarily to be healthy; it’s to cook good food.’